By David Averre For Mailonline and Ap

The US State Department has condemned North Korea's latest missile launch and urged Pyongyang to engage in dialogue after the pariah state blasted the US and South Korea for their 'hostile policies'.

North Korea fired off a short-range test missile Tuesday morning - the latest in a series of test launches this month which saw the missile land in the sea east of North Korea.

It indicated the country is returning to its tried-and-true technique of mixing weapons demonstrations and peace offers to wrest concessions amid long-stalled negotiations over its nuclear weapons program.

'The United States condemns the DPRK's missile launch,' the department said in a statement on Tuesday.

'This launch is in violation of multiple UN Security Council Resolutions and poses a threat to the DPRK's neighbors and the international community.

'We remain committed to a diplomatic approach to the DPRK and call on them to engage in dialogue.'

North Korea's neighbors said the weapon fired early Tuesday local time was a short-range missile and further details about the launch were being analyzed.

It came hours after North Korea's Ambassador to the UN Kim Song justified North Korea´s development of a 'war deterrent' as a necessity to defend against US threats, and also accused South Korea of betraying inter-Korean peace agreements by prioritizing its Western ally over 'national harmony.'

He demanded that the United States 'permanently' stop its military exercises with South Korea, which the North has traditionally described as invasion rehearsals, and end the deployment of US strategic weapons if it wants to end the 1950-53 Korean War and 'is really desirous of peace and reconciliation on the Korean Peninsula.' 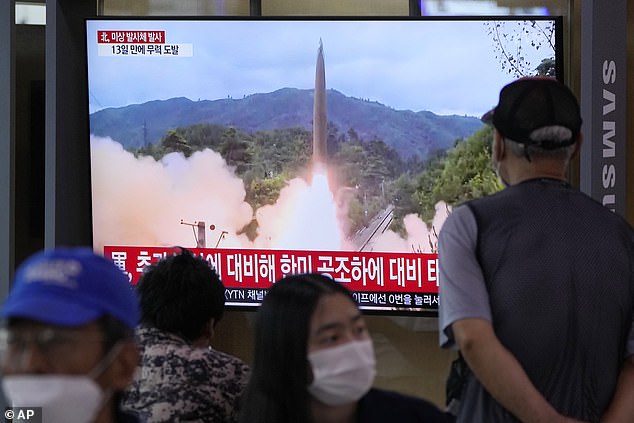 People watch a TV showing a file image of North Korea's missile launch during a news program at the Seoul Railway Station in Seoul, South Korea on Tuesday 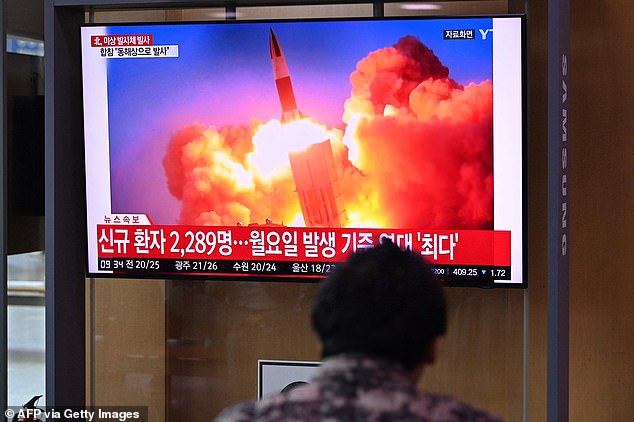 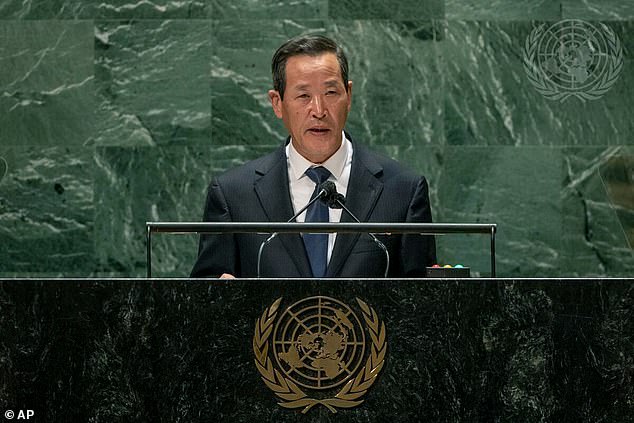 The test came hours after North Korean Ambassador to the UN Kim Song, pictured, attacked the US and South Korea over their hostile attitude to his country at the UN in NYC 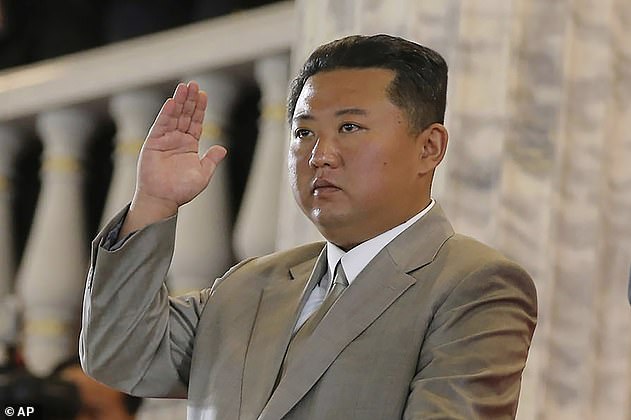 'The possible outbreak of a new war on the Korean Peninsula is contained not because of the US´s mercy on the DPRK, it is because our state is growing a reliable deterrent that can control the hostile forces in an attempted military invasion,' Kim said, referring to North Korea by the abbreviation of its formal name, the Democratic People´s Republic of Korea.

The Biden administration recently announced that it terminated the longest war in Afghanistan after 20 years, Kim said, 'but the US is still ignoring the reality that the Korean War has not ended for over 70 years.'

Kim cited 'military threats and hostile acts' that the DPRK has faced from the US every day since it was founded in 1948.

'If (the United States) is really desirous of peace and reconciliation on the Korean Peninsula, they should take the first step towards giving up its hostile policy against the DPRK by stopping permanently the joint military exercises and the deployment of all kinds of strategic weapons which are leveled at the DPRK in and around the Korean Peninsula,' Kim said.

The United States keeps about 28,000 troops in South Korea to help deter potential aggression from North Korea. The allies say their drills are defensive in nature, but they have canceled or downsized them in recent years to create space for diplomacy or in pandemic response.